Whether it's buying a holiday gift for yourself -- to make up for those ties and ugly sweaters -- or buying a loved one a gift, Telco Transformation just might have you covered with the last cartoon caption contest of the year.

According to this story, in-laws give the worst Christmas gifts while "work colleagues, aunties and sisters" are also known for gifts that are destined to be returned or lost in a closet. Knitwear, mug-sets and bad romance novels were among the least desirable gifts to receive, according to a survey cited in the same story.

As a lagniappe, a $25 gift card will go to the person who has the best comment on the worst gift he or she has ever received. 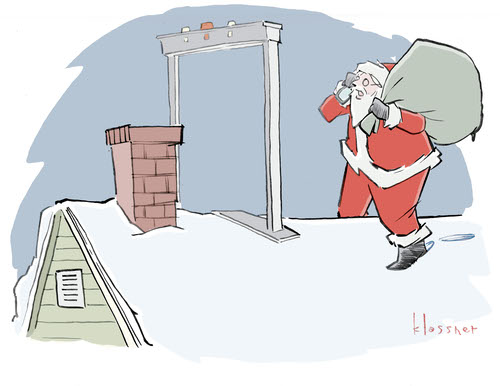 Registered users can enter as many times as they would like prior to the contest ending at midnight ET on January 4.